Christmas Party at the Games Group 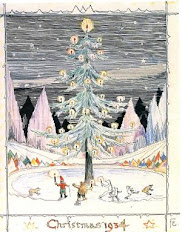 The Hamilton Road Games Group (meeting at the Crouch Branch of the London Public Library most Saturdays) tries to hold a holiday gaming party on the Saturday closest to the Christmas holiday. This year's event was well attended with over 22 people playing games. That might not sound like much to many of you, but for the Games Group, it's quite good considering the recent pandemic.

When my family and I arrived, two games were already in full swing. On table was holding the continuation of the BattleTech league that has been going on for a while. The second table was hold a game of Star Trek: Ascendency. Once that game ended, a similar game involving the well-known Dr. Who franchise. I've never played that game and I can't even say what the game is titled.

A number of us set up a Hamilton Road holiday tradition game of Wings of War which includes Snoopy flying his dog house (Sopwith Camel) and Santa's Sleigh which comes in as  a replacement for the first aircraft shot down. Now if you shoot at Santa, YOU take the damage 'cause you're on the "Naughty List." It's fun and the game is quite colourful. Andy brought the planes and the playing aids for the game. Santa's sleigh came from my family's collection. I say "my family's collection" because my wife and children all play. Beth and Wren were present at this event, although Wren didn't fly a plane, but handed out the cards and damage markers.

After a swift lunch break, the same group (with a rotating gallery of kibitzers) moved on to another almost traditional game - Save Santa from the Krampus! In the past, we've used Iron Ivan's Pulp adventure rules. This year, we changed the format to a mixed version of games from Wiley Games, drawing from their Fistful of Lead series of games - drawing from the modern, Sci-fi, fantasy magic, Horse & Musket, and horror games. We also used individual characters rather than teams.

Here's who was played and playing:

Okay, Santa has been captured by the Krampus and his #2, the Grinch, and has been taken into the caverns beneath Santa's mansion at the North Pole. Santa is being held by the nasties, their Goblins, some monsters, and some mercenaries. The inspiration for the setting was "The Father Christmas Letters" by J.R.R.Tolkien, a delightful little book compiled from the letters Professor Tolkien wrote each Christmas to his children. I'd recommend it. 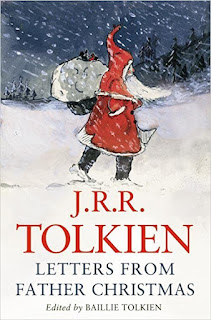 We used Andy's MageKnight dungeon tiles for the hallways and rooms in the game.


Actually they made short work of the bunch. The rest of the rescue team caught up and
they took out all but two mercenaries (who surrendered and were arrested by Constable
Steele), took down both the Krampus and the Grinch in record time, freed Santa,
and SAVED CHRISTMAS!!!!  Yaaaaaaaaah!!

Because of some things that were scheduled later, our family had to leave after the adventure finished.
It took about three hours which was about right for the day. We wished Happy Holidays and Merry Christmas all around and took our leave.
I wish the same to all of you who read this little thing. If you can get The Father Christmas Letters, do so. Every Tolkien fan might enjoy it.
Until next time, here is my family's Weihnachtspyramide in full spin. Merry Christmas and Happy New Year!