(My wife and daughter are away for the weekend at the Great Canadian Steampunk Exposition and I'm left to my own devices as it were. It seemed like a good time to do some Imagi-nations hijinks.)

The Capitol City of Freedonia, Freedonia City (how original!) was all a-stir with the preparations for the Independence Day parade in the central square, The Firefly Quad. Sadly, the Grand Elector of Saxe-Freedonia, Rufus I Glöwurmchen, was unable to attend. He was drunk, hung over, asleep, in jail, otherwise occupied with the vital affairs of state. ("Here; hand these out to the boys in lieu of pay.")

Be that as it may, the parade was attended by the Elector's mistress, Mrs. Teesdale. Now, "Mrs. Teesdale" is a title; no matter who is the Electoral main squeeze, she is titled "Mrs. Teesdale" by tradition. The present holder of the title is the pulchritudinous Mitzi Jo Reifenpanne, of the Levittown Reifenpannes. (It's pronounced "Rye-fin-pahny" and "Lev-eh-town" for the uninitiated.) She took her place at the reviewing area surrounded by the Electoral Foot Guards in hollow square and the Elector's Personal Guard ("The Best Money Can Buy") off to the side.

Once everyone was in place and the pizza was ordered, the parade began with the senior officers of the army leading the procession and then taking their places behind the Personal Guard.


Then came the Light Infantry...

Finally the Militia...with brooms to tidy up. 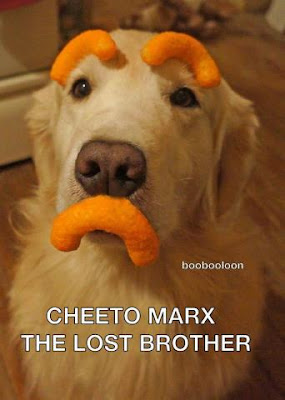 It's obvious I enjoy whimsy and colour in my gaming, I hope you enjoyed it, too.
Posted by Grenzer John at 18:50 No comments: