Imagi-nations on the small side

This past Saturday at the Games Group in London, things were unsettled. Originally we had planned to do a Disposable Heroes game based on the raid on Dieppe, but that did not work out and we postponed it. Instead we played two small Crouchkrieg Imagi-nations games using the "Warfare in the Age of Reason" rules. (We game at the Crouch Branch Library in London, ON.)
We split the table in half with Kevin and I squaring off on the east side and Rob and Derek on the west half of the table. Andy supplied his Frankenschweiner troops to Kevin and Derek while Rob pushed his own lead as the leader of the Principality of Worchestershiresauce. For me, of course, the illustrious legions of the Grand Electorate of Saxe-Freedonia, commanded by General Belesarius. So Rob decided it was a two column attack by Frankenschwein on either side of a large body of water with the allied forces of Worchestershiresauce and Freedonia facing them. (Sounded good to me!)
To arrange the forces, Andy or each of us rolled 14 d4 and totalled them up. This was done three times each and the highest total was used to give a point value to each army. Each base "cost" 1 point for militia/conscipts (Class 1), 2 for regulars (Class 2), 3 for Grenadiers (Class 3), or 4 per base of Guards (Class 4). This applied to either infantry or cavalry, artillery being assigned to the armies based on the number of battalions/regiments. An elegant solution that worked well for the game. Kevin, Derek, and I all scored 90 or close to it. Rob scored a 76, so his force was either smaller or less powerful.
Kevin and I faced each other on half the table. His force was about 1/3 Class 2 regulars with a few Class 1 militia (or "Kleinvolk" regiments as Andy calls them), two medium guns, and a heavy gun. He chose not to field cavalry. I fielded a 4 battalion brigade of regulars under General deSastre (1&2 Regiment Tom Servo, Zouave Regiment Gondor, and the Black Company), a brigade of conscripts commanded by Subedar Major Singh (1&2 Border Regiment Sieben, the Slobovian Freikorps, and 1st Franistan Sepoys), two light cavalry regiments (the Hess-Bruder Hussars and Light Cavalry Regiment von Suppé) under General Flern. General Belesarius commanded and held a reserve of the Elector's personal guard, a regular unit made up of figures I had left over from the other regiments, so their uniforms were a mish-mash of styles. The Electoral Jägers (light infantry, Class 1 irregulars) held the woods on my left.
I won the initiative and moved first, sending some light cavalry across the front of my troops to menace Kevin's left. Everybody else advanced, including the limbered artillery.

Kevin advanced as well in his turn, moving a rather large force into the woods, exchanging fire with my irregular lights. Usually irregulars must give way to formed troops in AoR, but not in the woods! The Jägers held their own although not without losses. Eventually I sent the two battalions of Border Regiment Sieben to assist. The first Battalion took some fire from the Frankenschweiner militia, broke and routed. (The New Unit Curse was in full effect!) The second battalion shrugged this disaster off and advanced into the woods to support the hard-pressed Jägers.


I'm usually quite a conservative and cautious wargamer, but I threw caution to the wind and charged Kevin's heavy cannon with the von Suppé Light Horse. The gun was anchoring Kevin's left flank. I fully expected to be canistered to ribbons, and I did take casualties, but I took out the gun crew and ended up sitting behind the left flank with blown cavalry. Kevin wheeled some of his regulars to attack me from the flank and rear, but I got the initiative that turn and simply rode away.
Next I burned my caution card again and charged with my hussars, hitting a brigade of regulars, three units deep. I was too close to gain the cavalry charge bonus, but I ended up routing all three battalions in turn!
(Those who game with me know this is NOT my usual style of play.)


After this, Kevin asked for terms and I was generous. I don't win often but it's nice when I am able to do so. On the other side of the impassible water obstacle, Rob achieved a draw with Derek. I only took one photo since I was busy with my own dice rolling.


A small game and an enjoyable one. The random point set up worked well and made for a do-able game without the table groaning from the weight of deployed figures. I've learnt my lesson about leaving forested areas ungarrisoned and about using lights as if they were Napoleonic skirmisher screens. (In 7YW terms, don't do either.) I also might take some more risks in games since it worked for me this time. "Who dares, wins" is the SAS motto but I also know what sort of crappy dice I roll.

We're hoping to schedule our Dieppe game on the last Saturday of the month. Hoping. 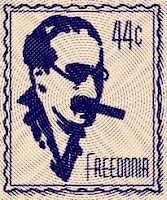 A few Saturdays back, we all got a "hankerin'" for some early World War II gaming. Out came the early War Germans, British, and French. Andy and I sat out as referees (more or less) while Bear, Stu, and Derek ran the Germans, opposed by Martin, Kevin, and Rob with the Allied forces. Early World War II stuff is interesting. There's less technology and what is there is not what you'd expect. When the big gun on the board is a 47mm anti-tank gun, the game goes differently.

The game ended with the Allies withdrawing and the German forces holding the field. The whole game led us to reconsider the way we use smoke. In the rules, only artillery and AFV main guns may fire smoke, but in reality, mortars (and French rifle grenades) fired smoke often. So we decided to continue to let mortars fire smoke but lessen the effect for small mortars like the 5cm or the British 2". Appropriately armed rifle grenadiers may as well, with limited smoke charges and lessened effect. It seems a good compromise. Andy said he'd seen some games where the entire board is smoke covered and that players fired smoke right at the beginning of the game and continued all through the game. In DH, mortars without spotters who can see the target are highly ineffective, EXCEPT when firing smoke. So this is what we'll do.

Back from nowhere in particular

Let's see if I remember how to do this...
For reasons of busy-ness, I haven't blogged in a while. Meanwhile, lots of things have happened.
Around the celebration of Thanksgiving (in October here in Ontario), the whole family played a game of "Disposable Heroes" using German and Russian troops. Beth and Katie commanded the Russians... mostly because Katie likes to use the commissar rules to help troops recover from a morale/Guts failure. Basically, the commissar shoots a soldier and the unit passes morale. Rob and I ran the German side. In the end, Rob and I had to concede.


A fun game with nothing really on the line. Rob and I found that battles in a built-up area are really tough. It was a good way to pass the time on a holiday.
Posted by Grenzer John at 12:50 No comments: