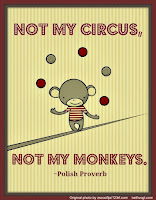 Black Powder from Warlord Games is a well-known set of rules for wargames set in the period when black powder was used in firearms, so roughly from 1700± to the late 19th Century. It is quite popular and very playable. There are also some "problems" with it. It's ancestor is GW's Warmaster, a large battle, small figure fantasy combat game that I will readily admit is a favourite of mine. Black Powder carries that DNA from that fantasy game.

At the Hamilton Road Games Group, during a pre-convention lull, I offered to host a Black Powder game set in the American Civil War using the Black Powder special rules addition for the ACW, Glory Hallelujah! There are certain aspects of the ACW that are distinctive and need to be noted and played. I'll note a few of those things later,

I laid out a table and set up 3 Confederate infantry brigades, one cavalry brigade, and an three battery artillery reserve. The Union had 4 brigades of infantry, a brigade of cavalry and an artillery reserve of four batteries. Kevin, Kevin's daughter, Andy, and Ian took on the Union while Bear and I commanded the Confederates. (This is no surprise since Bear always prefers the South, so he had the Stonewall brigade of Virginians and the three regiment cavalry brigade. I took the reserve, the Texas Brigade (forgive me, Wife!), and a brigade of Georgians and Alabamans. Kevin was over all commander of the Federal troops and ran the Iron Brigade and the Irish Brigade. Ian commanded the Zouave Brigade which never really existed, but I make it up because it is very colourful. Andy assisted Kevin's daughter is captaining a brigade of cavalry and a brigade of mostly US regular infantry.  The setting was northern Virginia, with the Federals trying to break through to Petersburg and Richmond. The Rebels had to hold them back.


Kevin's daughter with Andy's advice held back and used the cannon to pick at the Texans. Ian kept his Zouaves in column to move quickly and expand his front to his left, causing Bear to spread himself thinner on the Rebel right. Kevin came on quickly with the Irish in company with Berdan's 1st US Sharpshooters. My cannon was only moderately effective.

Under the unrelenting attack of the Irish Brigade, two of the Georgia-Alabama brigade gave way, wrecking the brigade according to the rules. That was the end of the game since one of the three roads to Petersburg/Richmond was in Union hands and a second was close.

I made a lot of mistakes setting the game up. I expected more people so I left out a brigade from each army. The table should have been smaller. We all botched the rules since we hadn't played Black Powder for quite a while.

Lessons learned:
- realize that rifled artillery and rifled muskets have longer ranges (in the rules)
- remember that you cannot charge on initiative, but only on orders (in the special ACW rules)
- Using 15mm figures, start closer 'cause it'll take forever to get in range.

Hamilton Road House rules:
- When rolling for command as the rules require, a unit can always move one move... even if the command fails
- Command rolls must be done if you 'push' your troops, i.e. if you desire a second move or want your troops to charge. Command failure says you cannot do that thing. Troops failing to charge can still fire their muskets. Some troops have a special rule that permits charges on initiative, usually units that are vicious and historically nasty.
- If you dismount cavalry, they deploy as skirmishers and not as line troops. They probably won't stand up to other troops in hand-to-hand and they respond to break tests as cavalry and not infantry when there's a difference.
-- There are other things that I can't remember since I've been working today. I'll bring them up later.

Until next time, then... 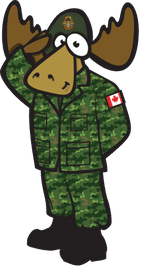 It appears that the Mantic Games "Kings of War" has made inroads in the Hamilton Road Games Group in London, ON. There were skeptics... as there should be... but a number have come to enjoy this large army fantasy game.

First off, a few photos of my wife's Baselian army. Drawing from the historical Byzantine Empire but "warping" it more than a little, Beth felt that the army list would lend itself to an Arthurian Mythos treatment. She's well on her way.


Two Saturday's ago, Andy tried his hand at KoW using a Britonnian army he'd had for a long time. He faced off against Ralph's "Empire" army in a Battle Royal.

We're really enjoying this set of rules and we've seen 3 different Kings of Men armies, two different Salamander armies (re-titled Lizardmen), and an Elvish host. I waiting to see my son's dwarves, by wife's Baselians, and Samurai Kings of Men army rumoured to be in the wings.