On the weekend of July 17-18, a few of the members of Croghan's Company 17th Infantry (our reenacting group) took part in 250th Anniversary Celebration of the birth of Colonel Thomas Talbot. Talbot was instrumental in the colonial settling of this part of Ontario after the War of 1812, particularly with immigrants from Scotland and Ireland. He sold his commission in the Royal Army and bought land in what was then "Upper Canada" with the intent to sell it to settlers. An Irish Protestant himself, Talbot was... let's say "less than generous" in land sales to the Scots and the Catholic Irish. We kiddingly say there was plenty of swampland for all. Although considered "despotic" by some in this dealings with the settlers, it appears that Talbot was fairly just in his dealings with the local First Nations bands, although most had abandoned the area during the War of 1812. Whatever the case, Talbot is worth remembering. He was hunted by raiders and Canadian turncoats during the War, but was never captured. (Please forgive any misstatement regarding the Colonel here. I am not privy to all of the story.)

He is buried across the street from St. Peter's Anglican Church in Tyrconnell, ON (near Wallacetown and just down the street from the Backus-Page House Museum.) This event was sponsored by the parish and reenactors from the Royal Scots Light Company, the Canadian Volunteers, the British Indian Department, and Croghan's Company, 17th US Infantry turned out and served as honour guard and firing party for the event. The Church's rector, the Venerable Canon George Nicholson ("Nick") Wells arranged and organized the event.

(I've noted different photos for Saturday and Sunday. First, some different people came out to join in the event each day. Second, Nick wore a different waist coat on the two days - black cashmere on Saturday, and a lighter linen on the hotter Sunday. Third, I had a horrible allergic reaction to some insect repellant made with Deet on Saturday evening.  I itched, broke out in hives, couldn't catch my breath, and left the tent to my wife and slept in the van. Actually, I didn't sleep that night. So my participation the next day was curtailed.)

Posted by Grenzer John at 15:13 No comments:

From the Painting Table

I enjoy painting the figures I use in games. There was a time when I couldn't game much and I did painting for some friends. It was satisfying and fun. Still I enjoy both the painting and the playing. So here are some of my latest projects.

Frank Herbert's "Dune" fascinates me and I saw an opportunity for a small unit skirmish game. I'd hope to use the "5-Core" rules since most of the troops would be armed with blade weapons and slow projectile stunners rather than lasers or such. I wanted to find figures in hoods and robes (of a sort) as the Freman. Ninjas seemed to fill the bill for most of it.

The Sardukar soldier-fanatics of the Padishaw Emperor, Shaddam IV proved to be a challenge. I wanted a sci-fi feel with bladed weapons but found that was too much to ask. So I ordered some Sci-fi troopers from Iron Wind Metals who look bulky, arrogant, and heavily armed. I can pretend they have knives.

15mm Spanish Civil War project
These were originally done for Command Decision and were later rebased for Disposable Heroes. Now they're being resettled for Battlefront.

US Troops in 15mm for Battlefront

54mm (1/32) Spanish soldiers
Look who came to visit at Church this month!

Posted by Grenzer John at 11:50 No comments:

I am a leaf on the wind; watch how I soar

I am a leaf on the wind; watch how I soar

A few thoughts have come to mind recently and I wish to "give vent" to them. I'm sure that many have had these same thoughts before me and probably have expressed them better... 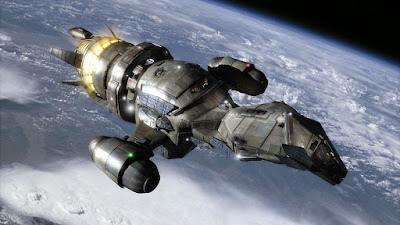 Rich people can go to space. We ask why they didn't feed the hungry and clothe the naked. The answer might be "What glory is in that for me?" A number of people I know are disgusted by these displays of wealth and refusal to use wealth for the betterment of all. I might be one of them.
However we'd best get used to it. Corporate exploration of space is on the way and is coming. The wealthy and the large corporations will continue to do this. I suppose there's money to be made in space... somehow. I don't think governments can be quite so single-minded.
Didn't science-fiction literature and movies/shows tell us this? Babylon 5 shows many non-governmental corporate bodies exploring the universe. The author, Poul Anderson, wrote an entire series of related books and stories about the Polesotechnic League, a loosely-bound bunch of corporate "traders to the stars" as it were. (Look up "Hanseatic League.") Frank Herbert's Dune has the CHOAM Corporation. Our own histories tell us this, to use the Hudson's Bay Company and the British or Dutch East India Companies as only two examples out of many.
It may be disgusting and aggravating and unjust in a larger sense of justice. And it may be what will happen. We'd best be prepared. 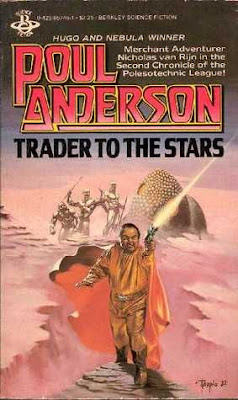 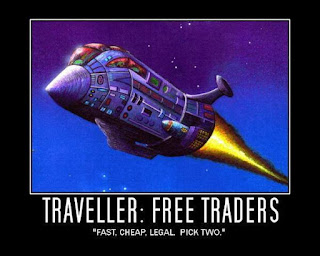 Of course, all this is only my opinion.
Posted by Grenzer John at 12:13 2 comments: