Our Small Tribute to Waterloo... or Waffles all around!

Last Saturday (yesterday), the Hamilton Road Games Group of London, ON decided to set up a small-ish game to commemorate the battle of Waterloo on its 200th anniversary. Just something to engage in the almost world-wide remembrance of Napoleon's last Huzzah, as it were. We used Arty Conliffe's Shako rules for Napoleonic battles and decided to do a "bath-tub" version. Well, it was more of a toilet bowl version since I didn't spend enough time organising it and setting parameters. However, the players appeared to enjoy the game although both Kevin and Andy might be buying new dice, since the ones they used were "toxic" and probably should be sealed in concrete and buried in a controlled landfill somewhere.

A "Bath-tub" game takes a larger campaign or huge battle and telescopes it down to a workable, playable level. This was not a true bath-tubbed game, but I don't show any other way to describe it. Martin, Andy, and Beth handled the Imperial French side. Martin fielded his Imperial Guard units for the first time ever in his attempt to honour his namesake, Marshal Lefebvre, as well as a division of French regulars. Andy commanded French troops while Beth commanded her Italians, who were leased for the day to the Empire and were issued French identity cards for the duration of the battle. On the other side, Kevin commanded two divisions of British troops, Bear commanded a division of Prussians, and I bravely led the Dutch-Belgian contingent, using my War of 1812 US troops and some Allied cavalry from Belgium and Hanover.

(Photos courtesy of Beth, Martin, Andy, and myself.)

The British and Dutch-Belgians were set on the top of the ridge along the west side of the board (west in real directions) while the Prussians would enter on the north edge once Bear arrived or on the third turn if he was delayed. As it was, he got in early. The objective was for the Allies to hold the ridge and deny the French the road to Brussels. For the French, the objective was to push the Allies off the ridge or punch a hole in the line large enough for the columns to push through and gorge themselves on Belgian waffles in the national capitol.

As the game began, the Allies stuck to their ridge and the Prussians marched in. Beth turned to engage Bear and his Prussians and the battle flared up there. Martin and Andy began their advance toward the ridge and used their artillery to soften up the defenders, although the dice for artillery did not cooperate much.


Beth and Bear battled it out on the Allied left. Andy began an end run around a small woods held by the Rifles of the 95th of Foot on the Allied right. Martin kept trying to soften up the middle to send the Guard in. My Dutch-Belgians - all "second-rate" troops - took an occasional cannon ball but were left alone. I was surprised, to tell the truth.


Andy completed his end run and engaged the British light dragoons with his hussars and dragoons while his infantry smashed through the British Troops on the ridge. In Shako, attack columns cannot fire - only lines can - but columns can attack lines at a 3:1 advantage in hand-to-hand fighting, that is three battalions in column can attack one battalion in line. If one battalion is staggered by the line's fire the two others can still come on. At about this point, both Kevin and Andy cursed their dice and might set up a small auto-da-fé to punish the guilty and encourage the wavering.  Martin brought up the Guard, including the Marine de la Garde battalion and threw back rest of the defenders on the ridge. Wellington may have been captured; things got awfully confused at this point.

I pushed my Dutch-Belgians off the ridge to try to take some of the pressure off the British. I attacked an Italian horse battery with my Hanoverian hussars and got them thrown back by the close canister of the battery defending itself. I charged an Italian line battalion with Belgian light dragoons (rated 2nd Rate.) The infantry attempted to form hasty square... and FAILED! Now was my big chance! The infantry couldn't fire, but did fight with their full Morale Rating. So I charged... and was annihilated by the Italians! Soon after that, time was up and we called it a French victory. The position on the hill was pierced and the French columns were last seen headed for the waffle stands of Brussels. The Prussian were kept in check by the Italian and could not assist the defenders of the ridge. They each probably retired for stollen and cannoli respectively. The Dutch-Belgians had a good seat to watch the goings-on. It was not an easy game and neither side had a "walk-over."

I was not pleased with myself and my lack of organisation and planning for the game - a consistent fault of mine. (I even lost my temper at one point and had to visit the street outside the library for a breath of air, as it were.) Still the players appeared to enjoy it... and that's what really counts. As Bear reminded me and Andy had said before, any day you get to play is a good day.

Many of you reading this might have played larger games based on Waterloo and some of you might even have gone to the reenactment in Belgium. We just did what we could.

Posted by Grenzer John at 13:04 No comments:

This past Saturday, a few of us gathered to field figures for the Seven Years War using the Black Powder rules. Andy, Bear (for a while) and Mark pushed Prussians, while Martin and I handled the French-Allied side. Kevin and Beth kibbitzed and made helpful suggestions. I enjoy the gaming and I like being with my friends. I don't even mind losing so often... but I'd enjoy winning a bit. 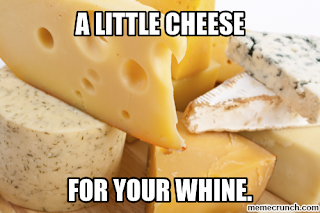 Martin and I won the toss and had the Prussians set up first. Actually both sides set up their cavalry brigades and then their infantry brigades. The Prussians had Frederick the Great as their over-all commander (Command rating of 9) while the French-Allied side had some letter Bavarian light in command (Command rating of 8.) The other Prussian generals rated "8" and the French and Allies had two lesser generals at "8" and the rest at "7". (The SYW Russians have to have a few generals rated at "6" and are referred to in the rules as "idiot generals." It'd be like having Yosemite Sam with narcolepsy leading your troops.)

So we deployed and even got the first move. Martin's French dragoons moved forward in a very pleasing manner while my Bavarian dragoons, kurassiers, and hussars took a nap, completely failing their command roll.

So as you can see, things started off badly for Allied side from the word "Go."  The Prussian infantry is "superbly drilled" according to the rules and I was playing the Saxon/ Reichsarmee Bierstube units as "freshly raised" which means that their abilities are unknown until they fire or go into hand-to-hand combat... which they never did. I kept failing my command rolls so getting them to move and pull their tiny pewter thumbs out of their... never mind. It's not worth it.


With my cavalry stalled on the right and one of my two Bavarian infantry brigades held up by lack of orders getting through, my advance was ponderous at best. The Reichsarmee troops moved into the town and three of the five regiments immediately got lost in the maze of street. The church was looted, the tavern emptied, and every goldfish in the town turned up pregnant. The two units that obeyed orders blocked one of the entrances to the town and held it under Prussian artillery fire and severe mockery from the Prussian players.


Martin's reinforcements marched left to guard against Mark's cavalry turning the flank while his French Brigade held in square atop a small hill. A lot of artillery was fired but I don't remember any musketry.

As it ended up, the Allies conceded the field to the Prussians. It was curfew time and we had some planning to do for next week's Waterloo-ish game. (Martin has been busily painting his uncle, Marshal Lefevbre's division. Andy had a batch of French. Beth has Italians who will pinch-hit as French. I have French, British, Prussians, and Americans who will sub in as Dutch-Belgians. All for Shako. I'm looking forward to this.)
Andy and I confessed to the group that we find "Horse-and-Musket" to be our favourite period of gaming. Martin likes it as well but prefers "Pike-and-Shot" which runs a close second for me. Kevin will play just about anything, as will Bear, although I suspect they like WWII. Hey, it's all fun!